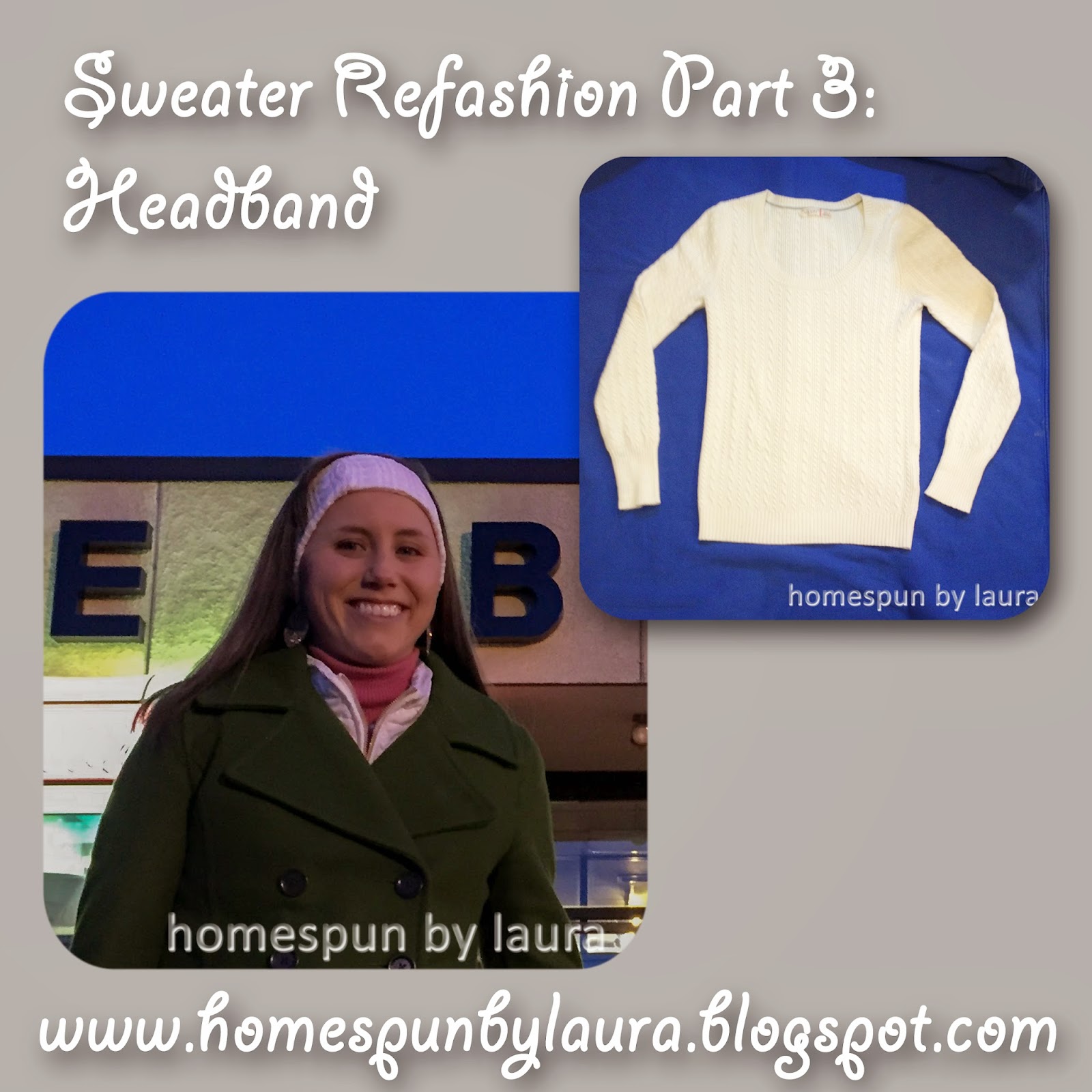 The last remaining bit of sweater after part 1 and part 2 were complete was just asking to be made into something else.  I wasn’t sure what to make it into at first, so I typed in ‘sweater refashion’ on Pinterest and found this headband, which stuck with me as I continued searching.  Living in the ‘famously hot’ city of Columbia, SC, there isn’t often a need for more than just a vest or a coat when I’m out and about since we drive everywhere and generally only have to be outside long enough to walk from the car to the store/restaurant/theater and right back to the car when we leave.  But for the few times each year when it is cold enough to want a head cover, this one will fit the bill – for free!
I did mine a little differently than the post above since I didn’t have a turtleneck on my sweater.  I started out by spreading the remaining piece out and trimming its backside down into a rectangle.

I then folded it in half, with right sides together, and pinned it.

Next, I stitched it together, leaving the short ends unstitched.

The next step is the most complicated one to explain, but wasn’t that hard to actually do.  Here goes my attempt at a clear explanation:

I turned the headband right-side out and folded it in half.  I then pinned the two RIGHT sides together at the opening, but only did one half of it to begin with.

So then it was time to keep working my way around.  Next, I turned the entire thing inside out through the opening and pinned up another inch or so (WRONG side facing out!), then stitched that up, making sure to leave an opening large enough to flip it right-side out again.

After stitching it up a bit more, the opening had gotten smaller and was ready for me to slipstitch it closed. 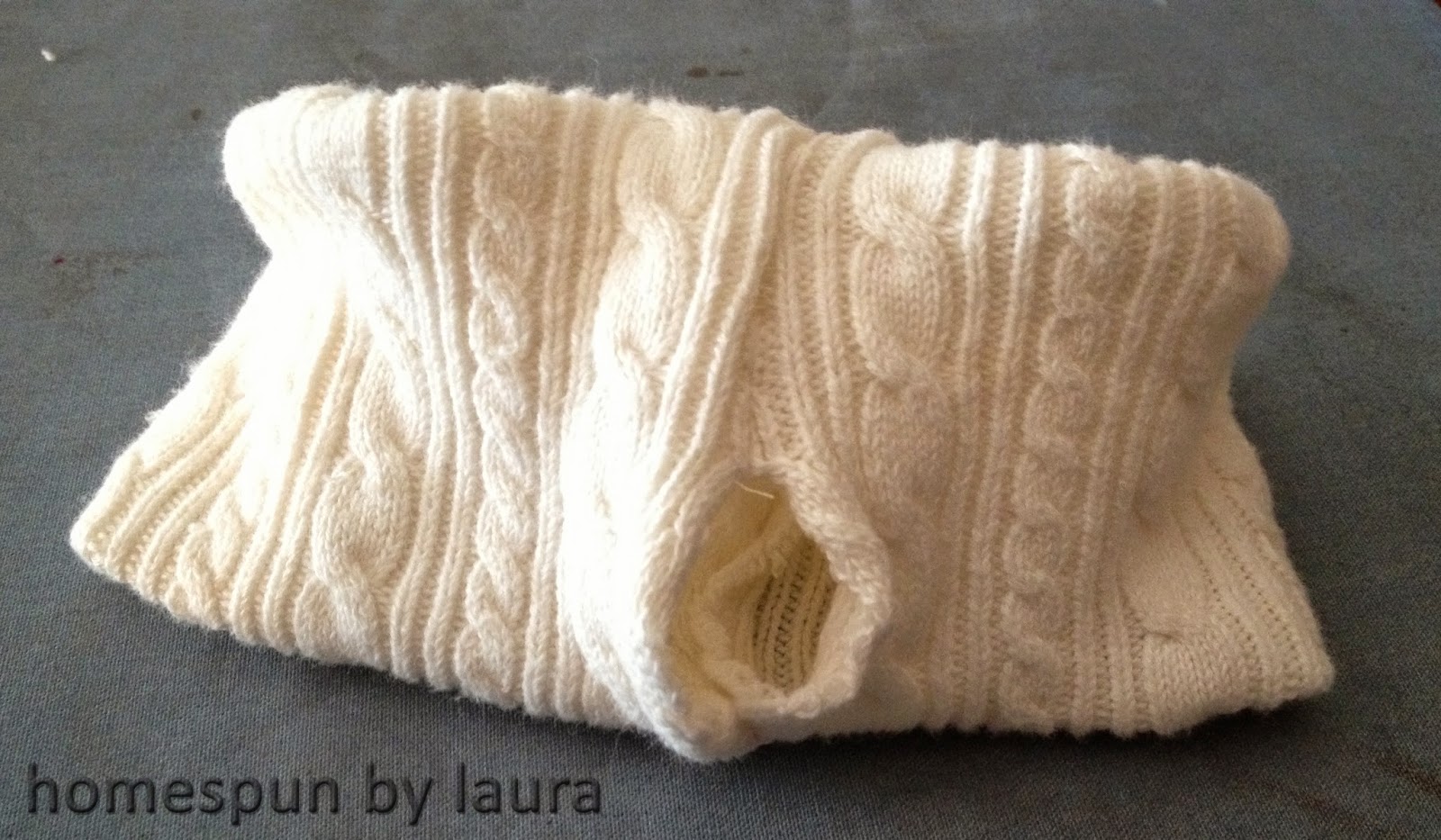 So I pinned it up, 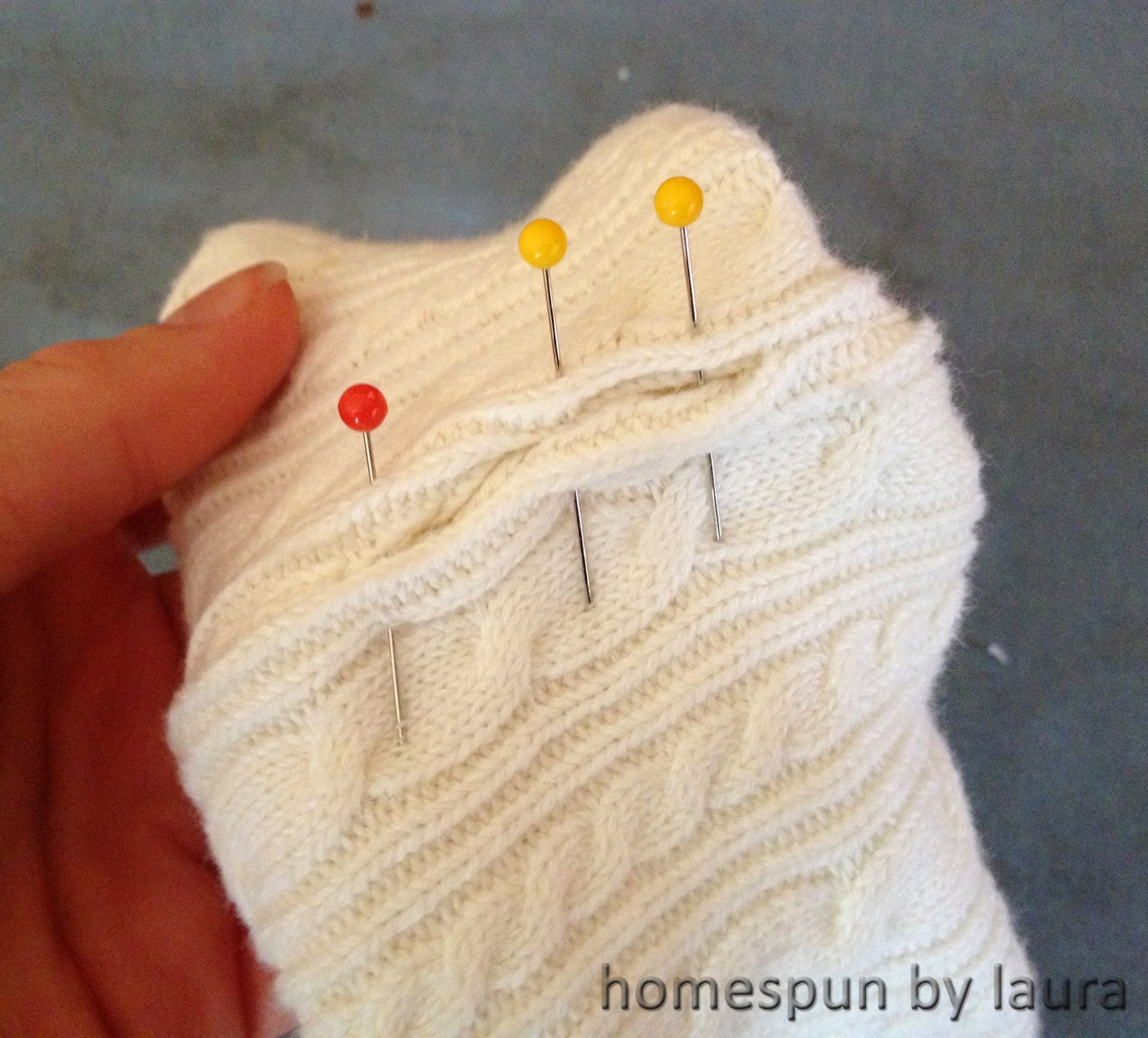 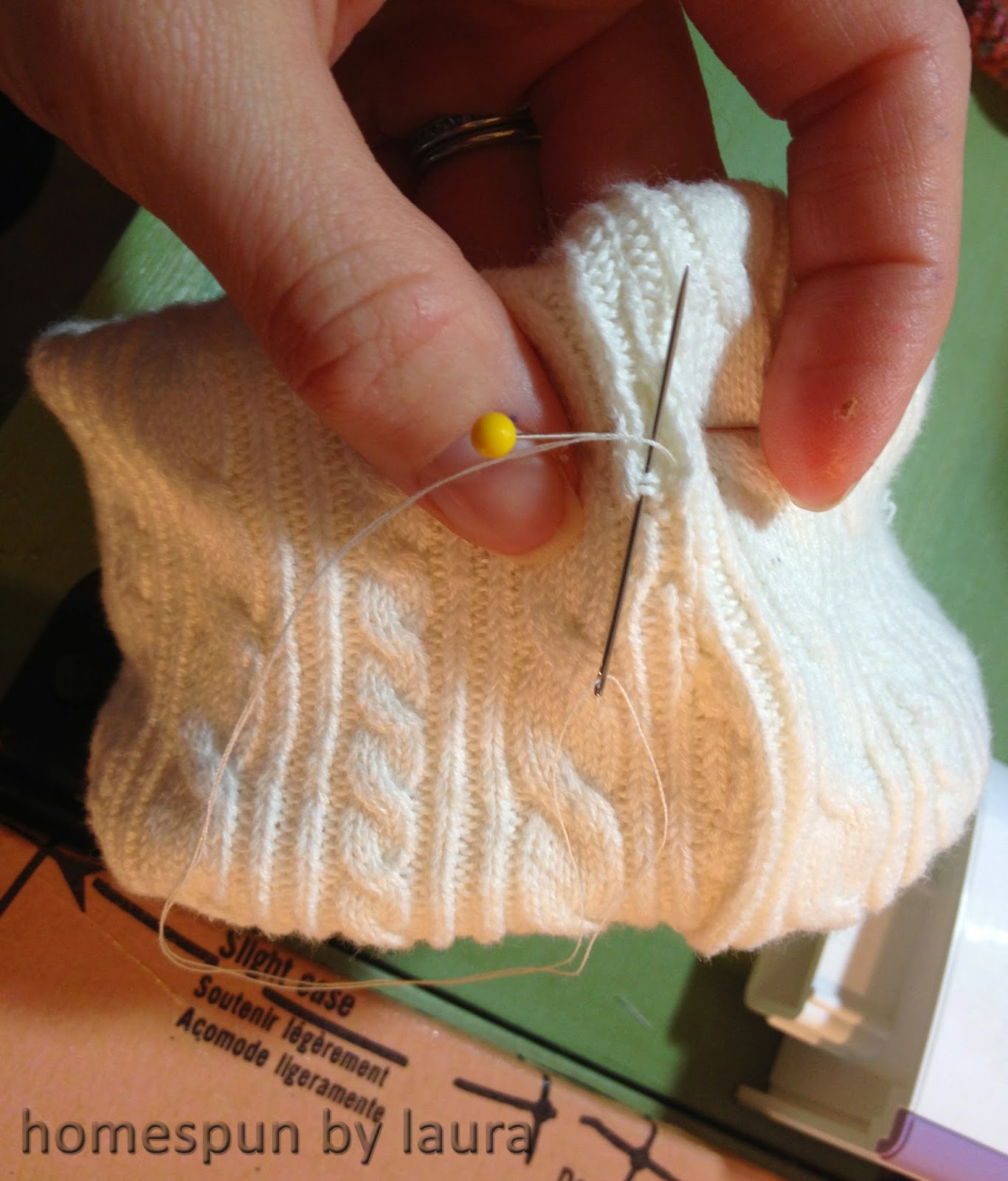 And it was finished!  So I took a couple of sewing room selfies. 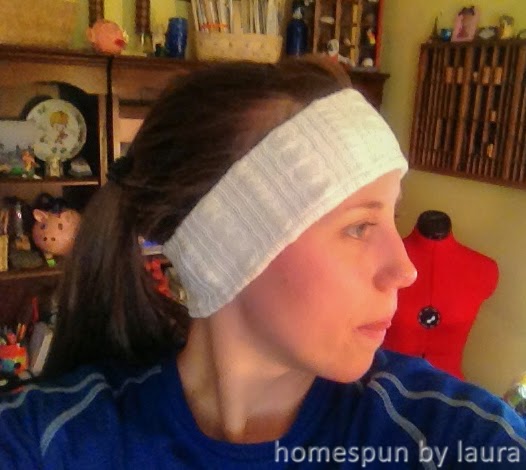 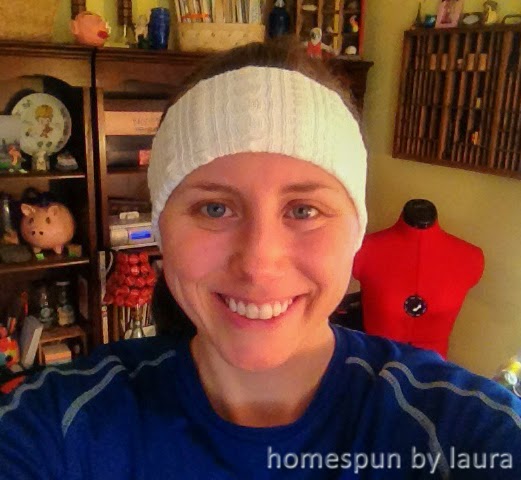 And then wore it for a delightfully greasy dinner at THE BEACON!

This concludes the 3-part Sweater Refashion series!  I’m certainly not the first person to do this type of project – you can find a variety of other ideas by searching online – there are tons of great ideas out there for ways to reuse a sweater that’s no longer needed!  And it feels great to have used the whole thing up.  No waste!

Thanks for reading; see you next time!