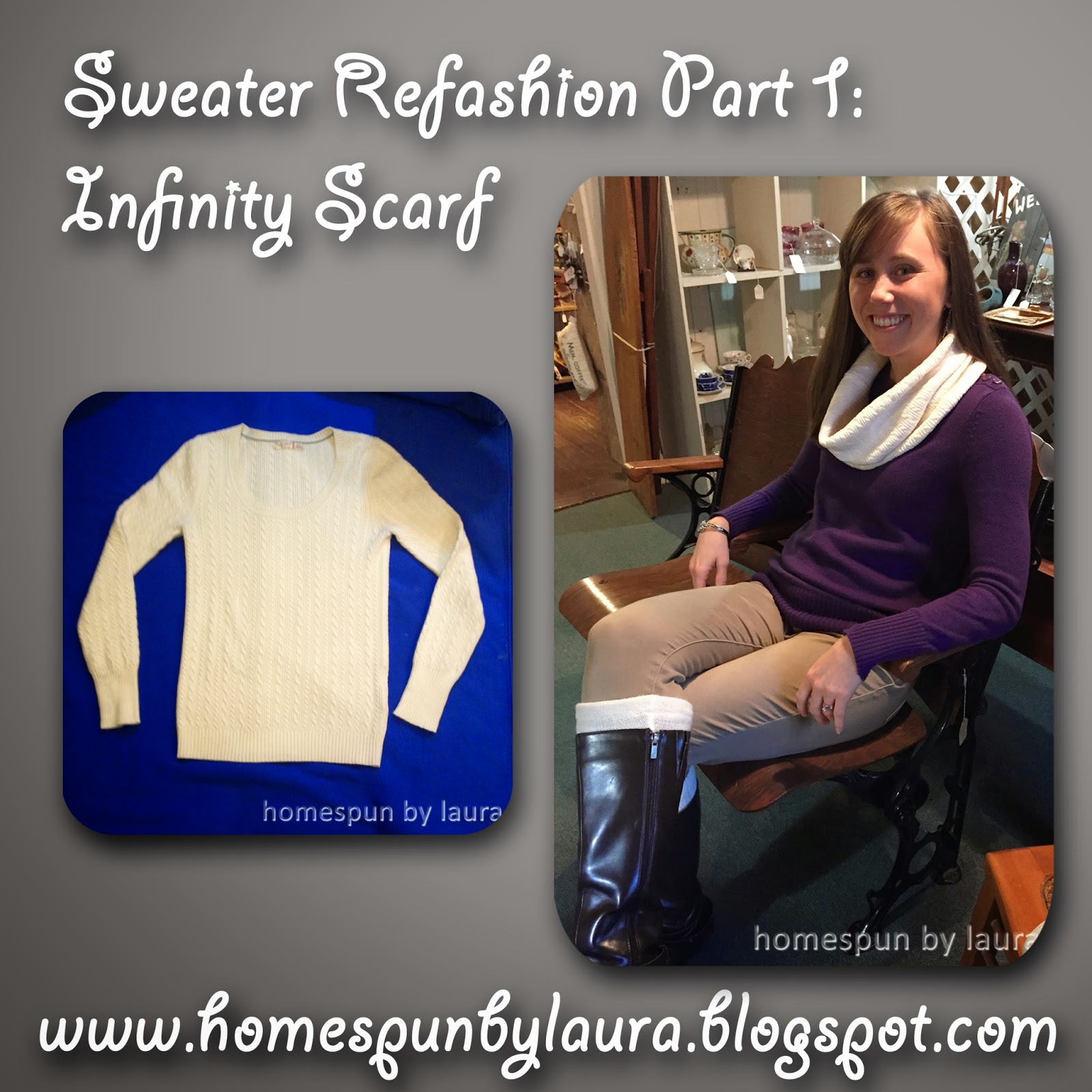 Happy new year!  We’re getting back into the swing of things this week after traveling a lot over the past two weeks to spend time with family for Christmas and New Year’s.  I’m now hard at work getting the house clean and starting a major house-wide organizing and simplifying (…meaning getting rid of things we don’t need!) project that’s way overdue.
I bought a new off-white sweater this year and decided to retire the one that I’ve had since I was about a sophomore in college.  It’s still in good condition, but I never really liked the neck, which was wide and made collared shirts look goofy when worn underneath it, so I’d been looking for a new one for a couple of years.

I decided to use the old one for a few projects.  The first project is an infinity scarf.  To begin, I laid the body out flat.

I decided to make an infinity scarf out of the body of it so laid it out flat and made a chop directly under the sleeves. 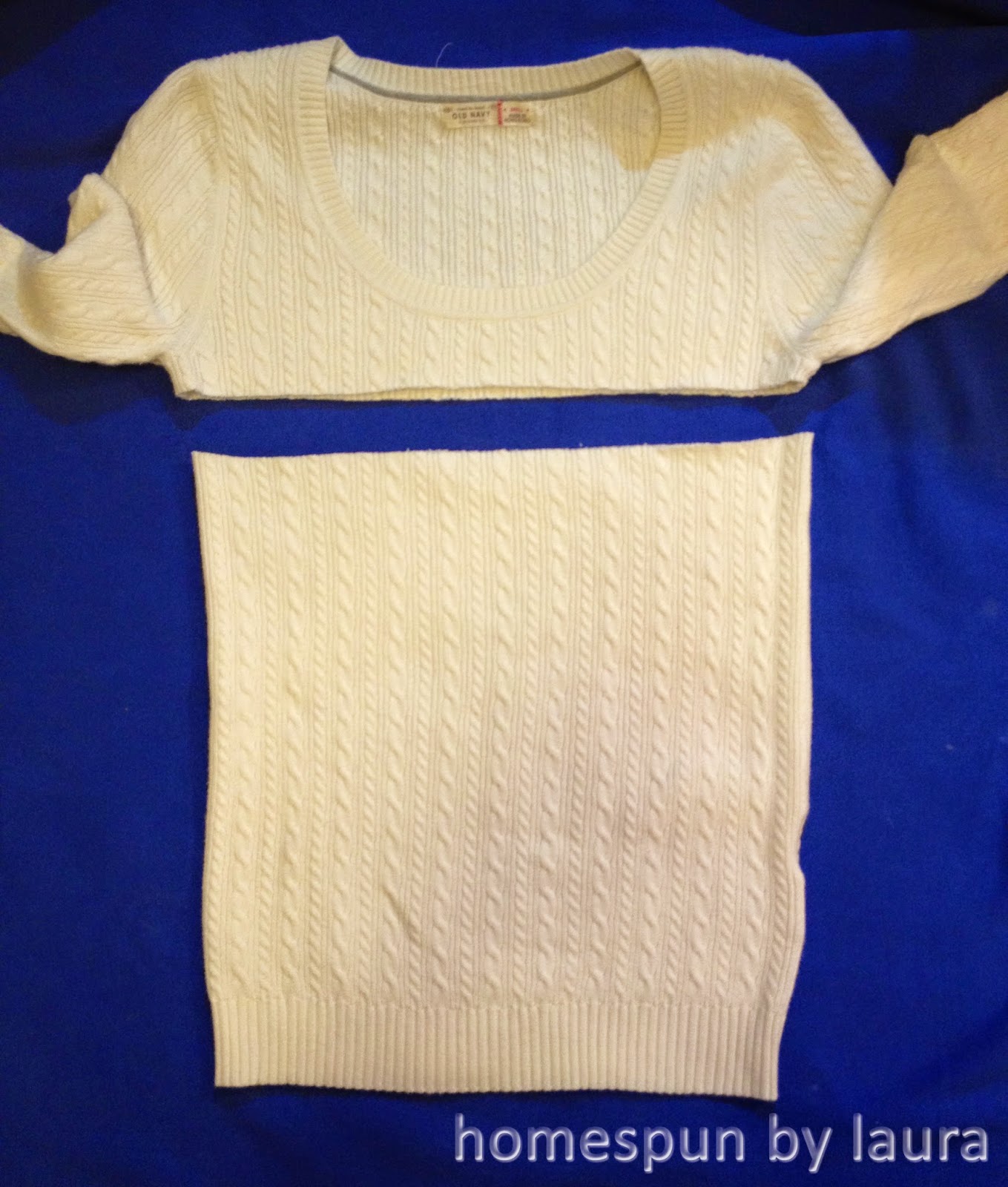 I put it on to test it and decided it was a little big  – I wanted it to fit more snugly around my neck – so I turned it inside out and pinned it at one of the side seams to take it in a couple of inches.


After testing it and trimming off the excess, I moved to the raw edge left by the chop, folded it under twice, pinned, and stitched.


This was an incredibly quick and simple project – it only took about 10 minutes, and as long as you can sew a straight stitch, you can do this one!


It served me well over New Year’s weekend for a short trip to Helen, GA.  It was a cold, wet weekend but we enjoyed overeating, playing board games, and watching some football.  My new scarf provided just the right amount of warmth while we were out and about in town – and I liked it better than I ever liked it as a sweater!

Thanks for reading!  Later this week, I’ll share the other two items I made from my old sweater.